I saw this pattern from Prudent Baby a while back, and thought it was so sweet and simple.  And I loved the idea of reversible for a toddler--if she spilled her lunch on it, we can just turn it inside-out!  Less laundry for me!  I had been hanging onto this remnant of double-sided pre-quilted fabric trying to decide what to do with it, when it hit me that it was the perfect thing to use for the Prudent Baby 4 Season Crossover top.  Although I suppose the quilting makes it more of a two-season top.  Wait, I'm in Oregon.  A three-season top.


The only problem was I wasn't sure how to hide the seams on the inside.  The tutorial is for using two fabrics, so the seams are all hidden inside.  But using this fabric meant getting tricky with the bias tape.  I figured it out, and I'll show you how!


All you really need to do to make this top with a two-sided fabric is to make the inside of your seams presentable.  You will already be using bias tape around the raw edges--you just need a little extra to cover up those seams!

Here's how my tunic looked after cutting and sewing. 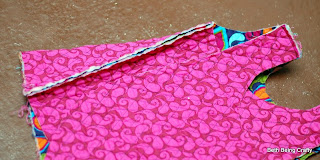 I opened up the bias tape and pinned the raw edge along the seam, lining it up with the seam's edge (see pic below).  This was double-fold bias tape, because that's what I needed for the rest of the dress, but for the inside of the dress you could totally use single fold. 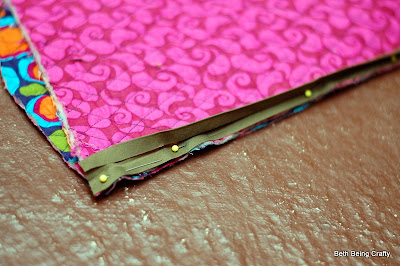 Once the tape was pinned in place, I sewed right down the crease in the bias tape.

I made sure my raw seam edges were trimmed down narrower than the bias tape, then just pinned the loose edge of the tape right over the top, squishing the seam flat. 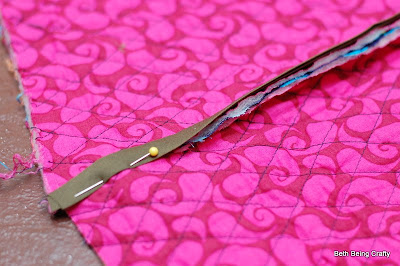 Here's the whole side seam, ready to be stitched on the other edge of the bias tape. 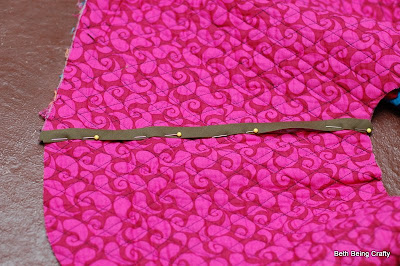 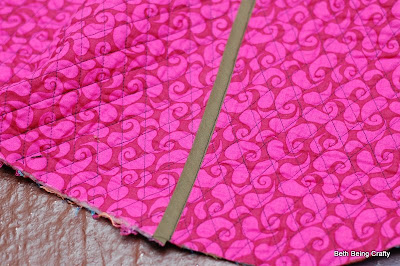 I did the same thing on the other side seam and also on the shoulder seams. 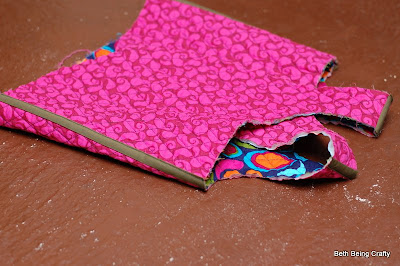 Here's how it looked from the other side when I was done: 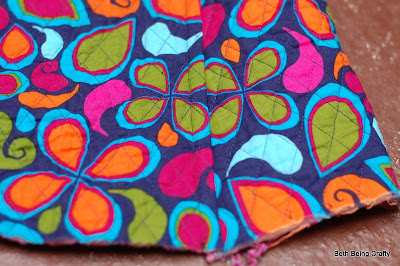 Good, right?  The Prudent Baby tutorial shows how to bind the raw edges all the way around with the bias tape to finish the top.

One last thing--I don't know if it was because my heavier fabric made the top hang funny or what, but I ended up adding a couple of snaps in the back, right where the top crossed behind the armpits.  I used the little snaps you hand-sew in, so they are pretty hidden either way she wears the top, and they just hold the crossover back in the right position. 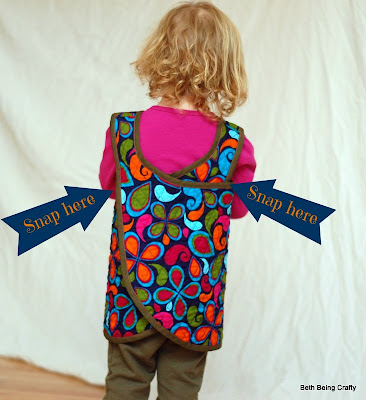 We've been getting lots of compliments on this top!  OK, nerd admission--I'm reading Game of Thrones right now, and the soldiers all wear quilted tunics under their armor. I bet they look pretty much exactly like this, right?  So when I dress her in her quilted tunic, I feel like I'm getting her ready for battle.  Maybe a pillow fight, but still.

I kind of want to try making one in an oilcloth to use as an art smock.  Wouldn't that be cute?
Posted by bethanycavanaugh@gmail.com at 2:39 PM