I've got something to show you real quick! 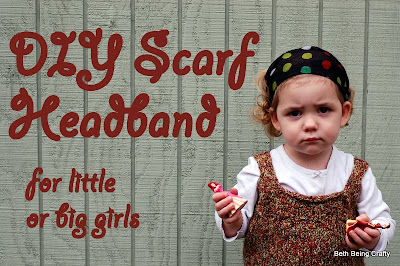 I couldn't resist this gauzy little polka-dot scarf I found at the Dollar tree.  I thought it would make a fun headband for Little Sister. 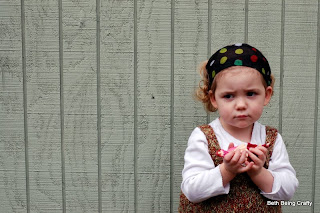 Even if she was a little skeptical about it.

And since there was a lot of scarf left over, I went ahead and made one for me too.

Then I gave my four-year-old the camera and had him take some pictures of me and the girl. 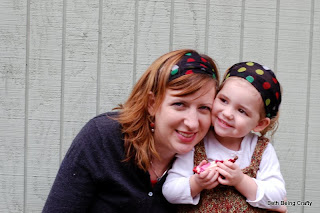 He didn't do too bad! 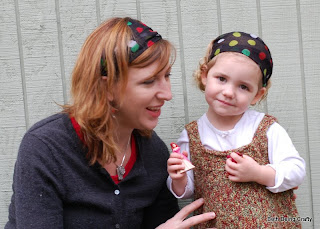 I may have found a new photographer (replacing myself and my remote)! 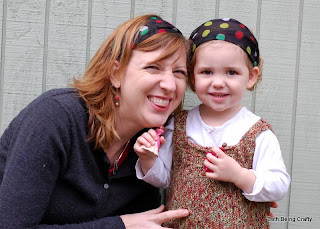 Of course, the two-year-old had to have a turn too. 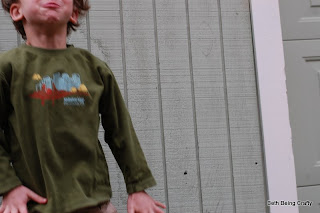 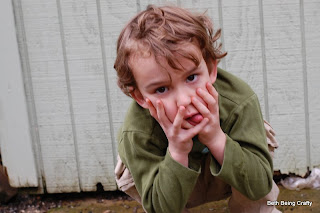 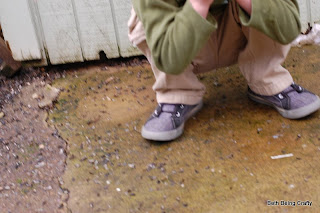 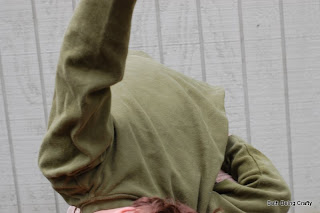 I may never get my camera back.

Who likes taking pictures better than posing for pictures?


So, here's how I made the headbands.  Nothing fancy!  I maybe would have done some nicer finishing work if these were going to be gifts or something, but just making them for ourselves I wasn't too worried about it.

I rolled the raw edge under and hemmed it so it wouldn't fray:

Actually, when I made the first headband I started with one of the hemmed ends of the scarf so I only had to do this on the second side.

Then I gathered it up (I upped my tension a bit and sewed using a basting stitch with NO backstitching, and pulled the bobbin threads tight when I was done).  I could have just bunched it up with my hands, but this made it a little more even. 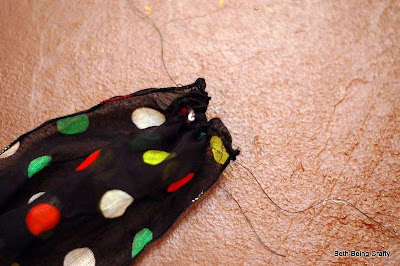 Next I cut a little piece of fold-over elastic (about 3-4 inches long), scrunched up the gathered end of the scarf, shortened my stitch length back to normal, and sewed back and forth a few times to join them together. 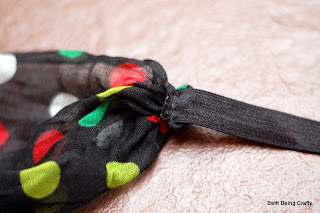 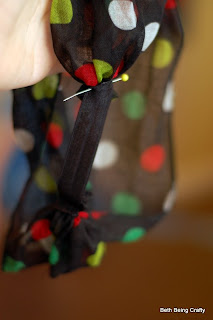 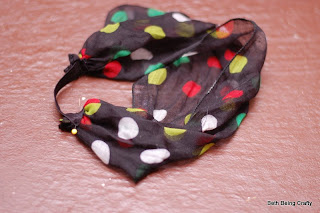 That's it!  While this print is fun and festive, it could easily be done with any old scarf to be worn any time of year!  So much easier than tying and retying when it works its way loose, and getting your neck hairs caught in the knot.  Don't you just hate that?
Posted by bethanycavanaugh@gmail.com at 4:30 PM