I haven't been able to get photos of most of my recent sewing projects other than the quick selfies I've been posting to Instagram, so I was looking through my iPhoto albums to see what projects I hadn't managed to blog about yet. 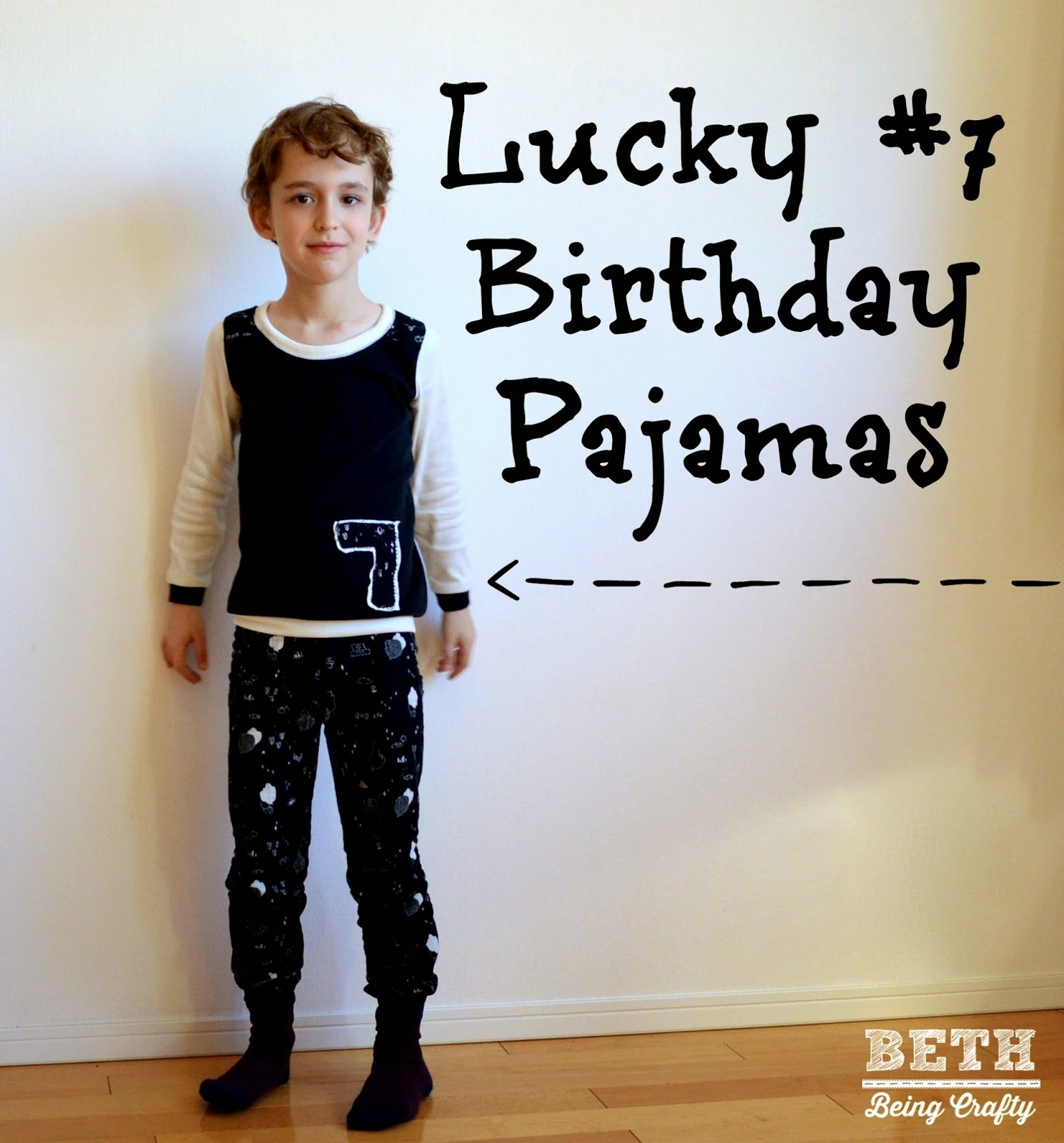 I made this pair of pajamas for The Boy's 7th birthday, which was in January.  Every time I saw him wearing the pajamas I made for him for his 6th birthday, I was cringing at his bare ankles and belly hanging out, promising myself I would get him some new pj's sewn up.  As a matter of fact, I don't think I ever blogged about those old pajamas either!  I just dug around and found some pics of one of the pairs I made but have no photo evidence of the cute moose pj's.  At least I can show you the Rebel Alliance pj's I made from a clearance Target men's t-shirt and scraps of black and neon green tees from my upcycling pile:


I'm experimenting with putting in a jump so that more posts appear on my main page--read the rest after you click, and let me know if you love/hate having a jump!

Oh, and look what else I found while looking for these pics--another project I never blogged!  I gave him these (and the missing moose) pajamas for his 6th birthday tucked inside of this PJ monster pillow cover that I made:

ANyway, back to the subject at hand--The Boy really needed some new pj's, and he was having his first slumber party for his birthday party this year, so I decided to make some jammies out of one of my favorite double gauze prints that I have found here in Japan. 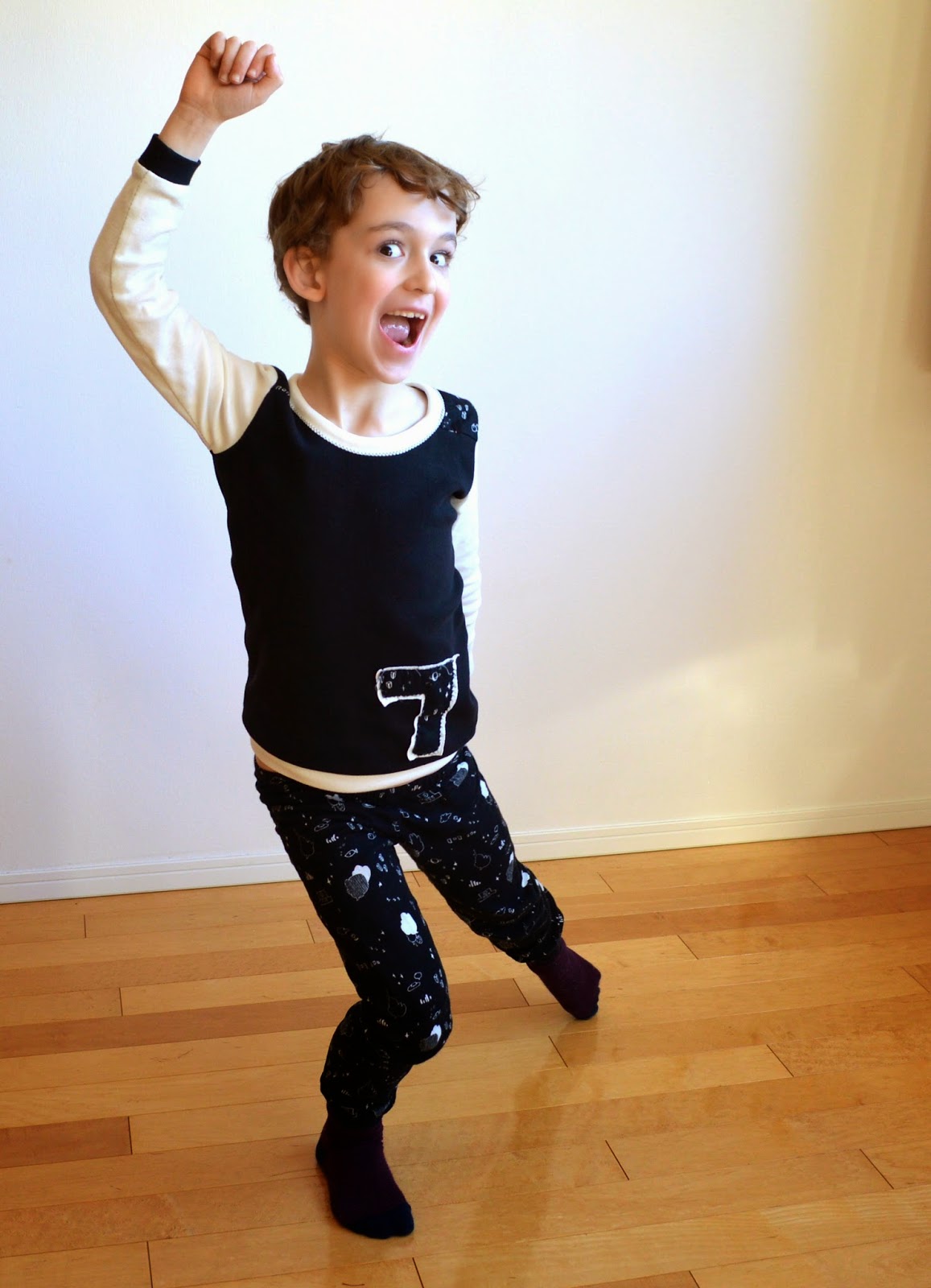 The pants are Japanese double-gauze with a knit waistband and cuffs, and the knit top has double-gauze accent panels on the shoulders and back yoke, as well as the appliquéd number 7. 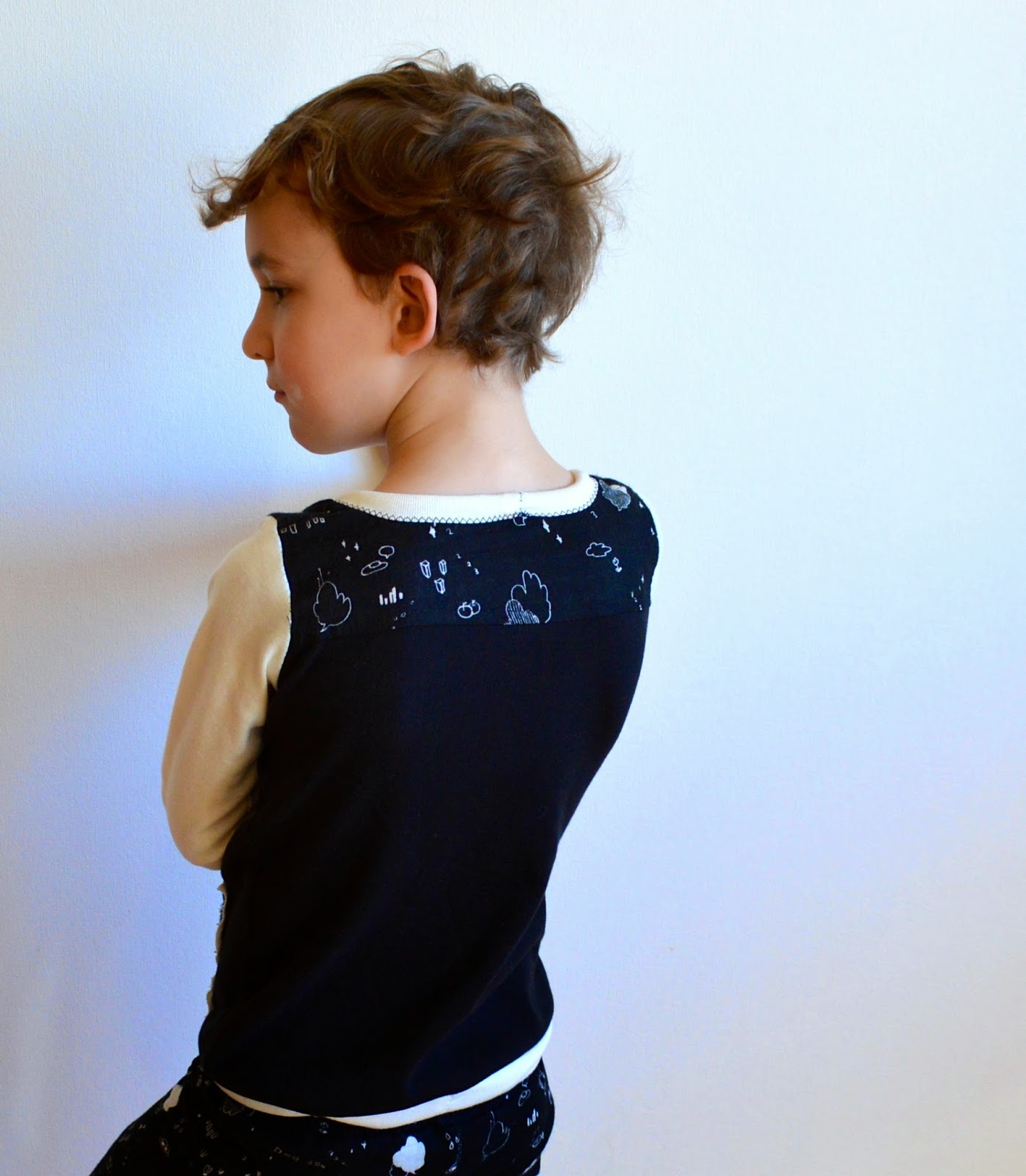 For the top, I used the Bimaa Sweater pattern from LouBee Clothing but modified the neckline to a standard t-shirt neck.  And for the pants I have a self-drafted pattern that was at one point based on the Hosh Pants (also from LouBee) but has been so far removed from the original that I don't know that I can even claim that any more! 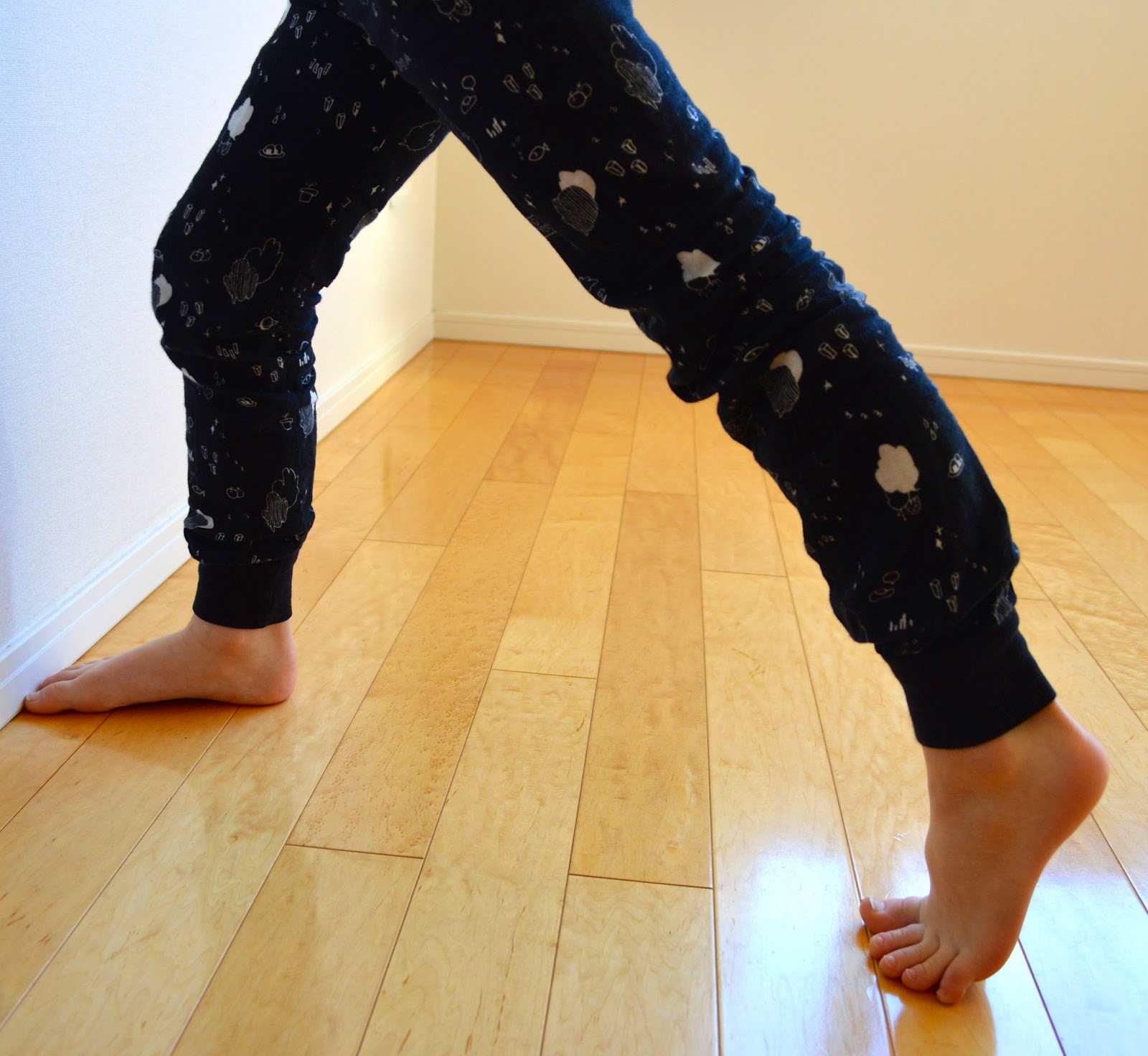 I love doing this kind of knit cuff on pajama pants (especially woven ones) because it allows me to make the pants with some growing room for length, but the cuffs keep the pants from dragging on the floor.

I wish I had taken a clearer picture of the print, because I absolutely love it.  I bought it in an aqua/coral/white color combo as well, which I haven't used yet.  This is the best I've got: 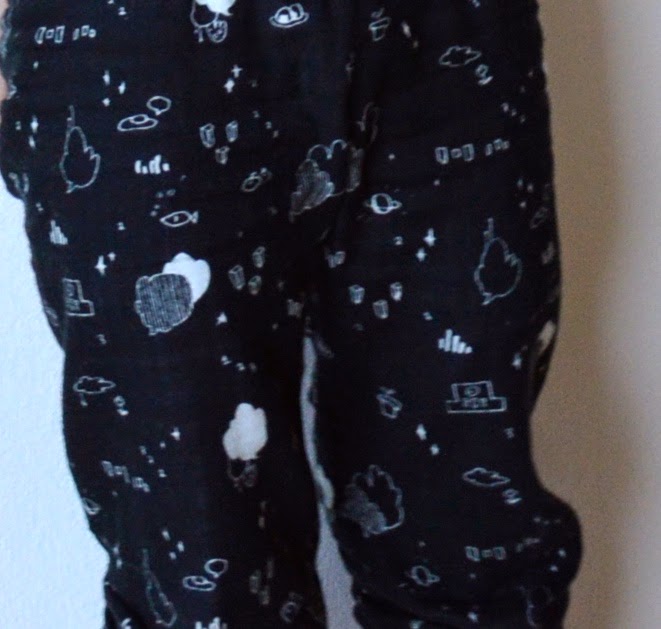 I even let him wear the shirt in public on his birthday--I don't think anybody could tell it was pajamas ;)

I may be mining my old pictures some more...it's crazy how many projects never make it onto the blog!  And maybe I'll get around to photographing some newer projects too!

Posted by bethanycavanaugh@gmail.com at 6:06 AM