Whoa, has it really been a month and a half since I last posted here?!  That's the longest I've gone since starting this blog almost 4 years ago.  The last time I posted, I was ready to depart for our two-year expat assignment in Tokyo, Japan.  Well, we've been here for just over 6 weeks now, and I have started sewing again!

I bought a new machine here in Tokyo, since mine is old and somewhat sentimental--it was my grandma's, and so I would need a converter to use it here, but I would also be worried about getting it fixed if something went wrong.  So I have a machine--it's a Janome Marietta--I tried to find the one with the simplest controls since I can't understand the manual!

So far, it's been fine.  I'm sure it's got some tricks up its sleeve that I don't know about, but I'll figure it out!

My very first sewing project was these lunch mats.  There was a mass email from the kids' summer school program that starting TOMORROW all kids needed to bring some sort of small mat to use when they were eating their lunch in the gym.  It would have been nice to have some notice, but I happened to be out running errands with a friend that day, and we happened to discover a fabric store while we were out (Yuzawaya, if you're curious).  They had pre-cuts of 100x50cm of these cute quilted Japanese prints, and even though I wasn't sure if the mats were for sitting on or for putting your food on, I thought these would work.  I picked up some bias tape too because I couldn't remember what kinds of trims and notions I had packed--I hadn't sorted out my sewing box yet! 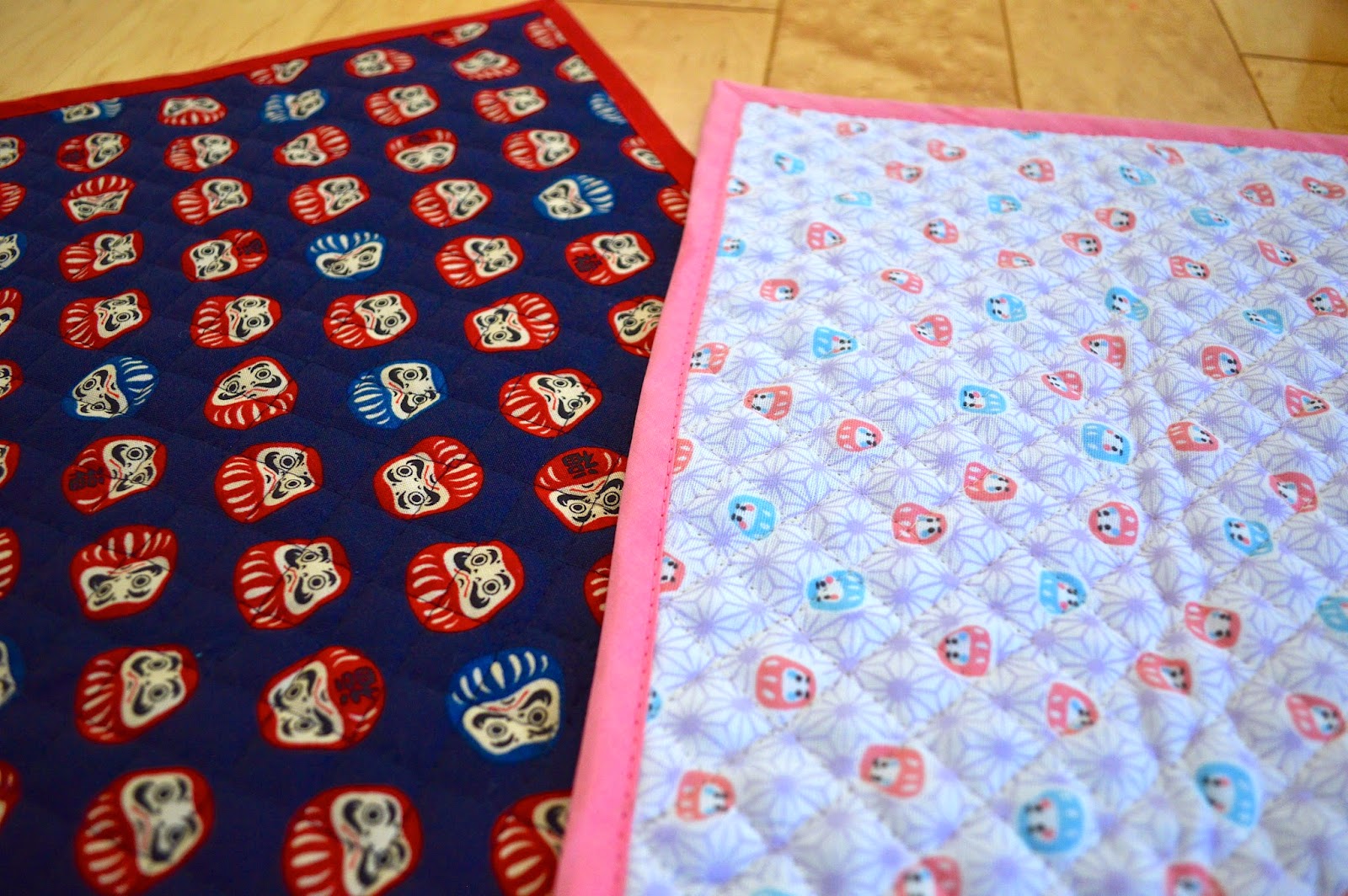 This was the perfect project for trying out my new machine.  I just had to sew four straight lines around the edge of a pre-quilted, two-sided piece of fabric!  All went well. 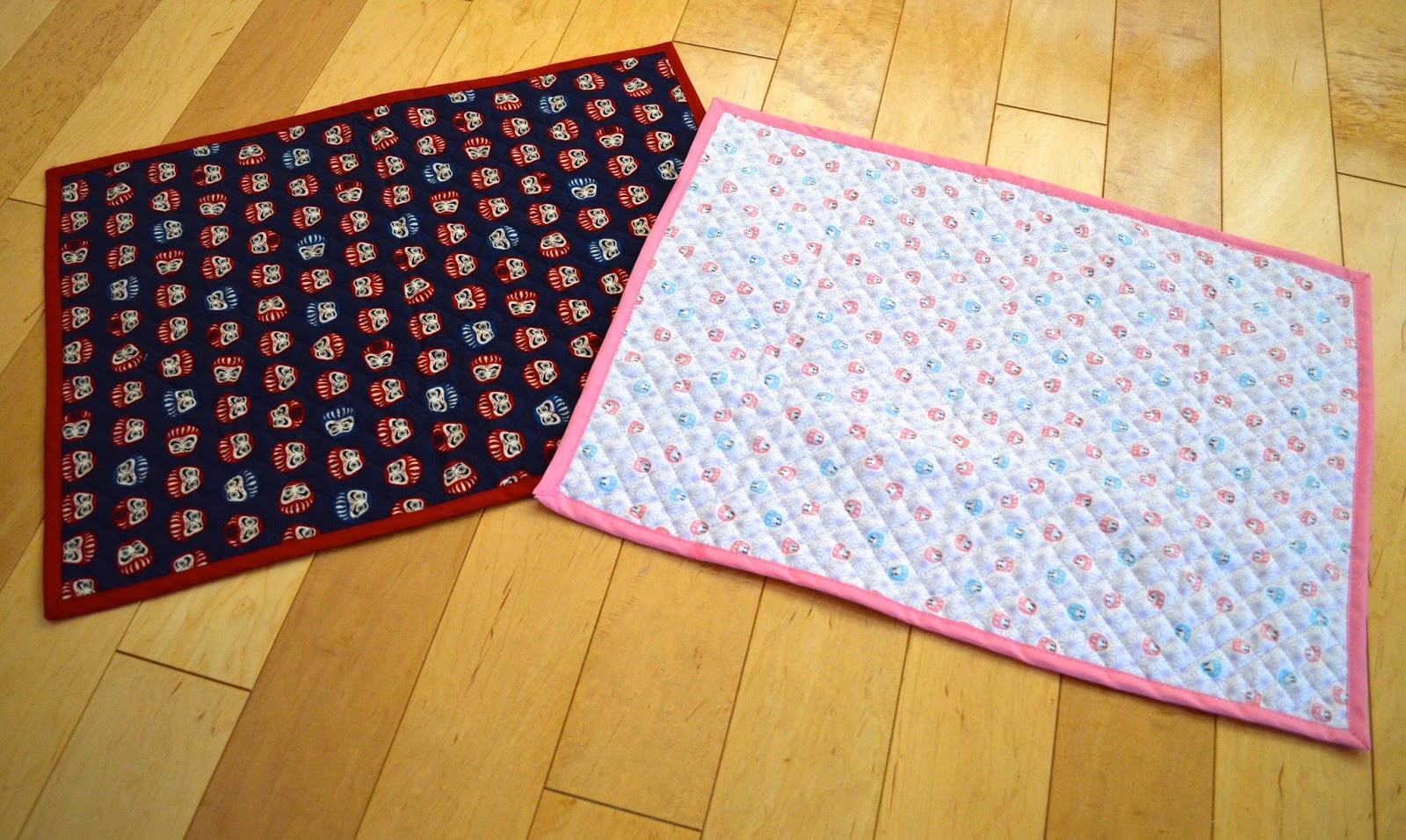 And it's funny--I asked the kids what they would be using the mats for, and Little Sister told me it was for putting their food on.  But The Boy said that it was definitely for sitting on! 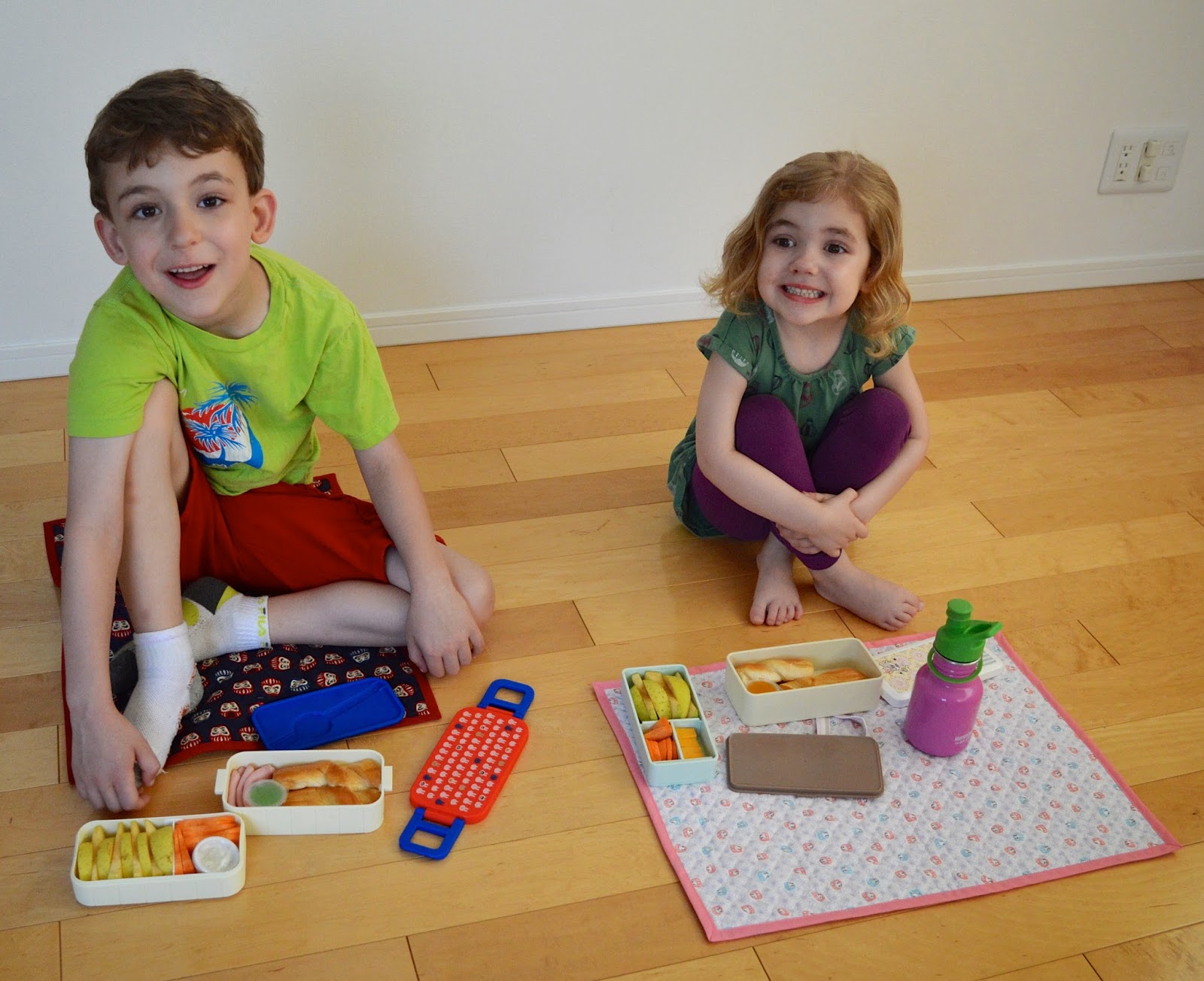 And now that they have been bringing them for the last two weeks, it turns out that they were both right--the PreK class puts their food on their mats, and the bigger kids sit on the mats.  But they might as well fight about it anyway, right?

And guess what else?  I have totally gotten into making bento lunches.  It started because of the cute bento lunch boxes that are available everywhere here.  I haven't gotten too fancy with cutting shapes or anything (okay, I have used a heart-shaped cutter for slices of cheese), but the dividers alone make everything look better.  The kids go to an international school where most kids just bring the same kind of lunch bags we were using at home, but they both tell me they like the bentos better, and Little Sister brings home an empty lunchbox WAY more frequently than she did at home, so the cuteness factor seems to be working. 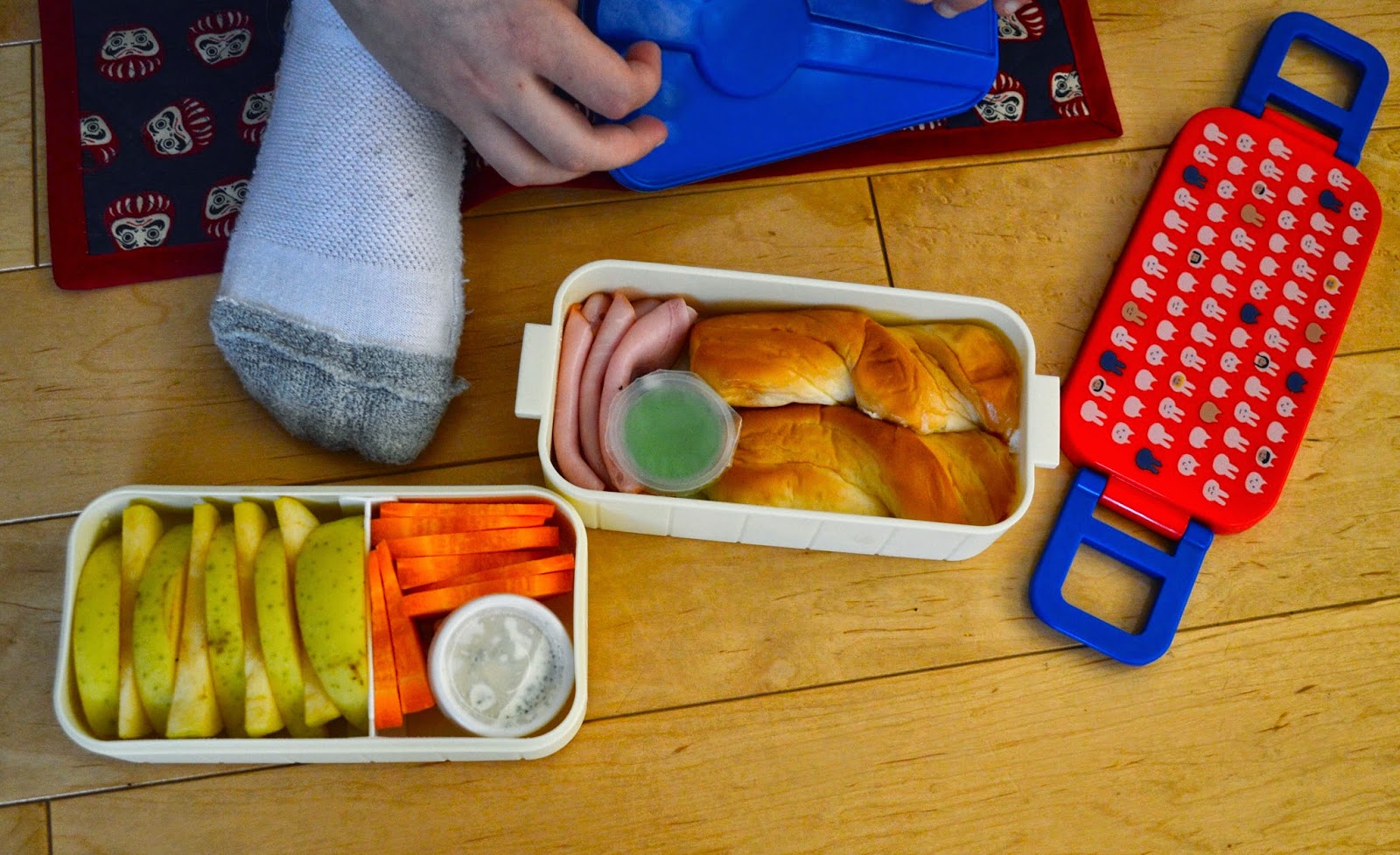 I've also gotten a few colorful silicone cups that work well for little things like blueberries or raisins, and some fun toothpicks for cheese cubes or pieces of deli meat.  The school is nut-free, so I've had to figure out what Little Sister will eat for lunch now that our standard PB&J is off the table.

Anyway, I'm excited to be back into sewing!  I've already made covers for some throw pillows on our couch and some awesome pajamas for the kids using Japanese fabrics.  I think it will be my turn next!
Posted by bethanycavanaugh@gmail.com at 5:43 AM

Email ThisBlogThis!Share to TwitterShare to FacebookShare to Pinterest
Labels: DIY, quick project, Tokyo, use those scraps