This was one of the last sewing projects I finished before we left for Tokyo.  Somehow I felt better about bringing two bathrobes with us than I would have with packing 4 yards of absorbent fabric! 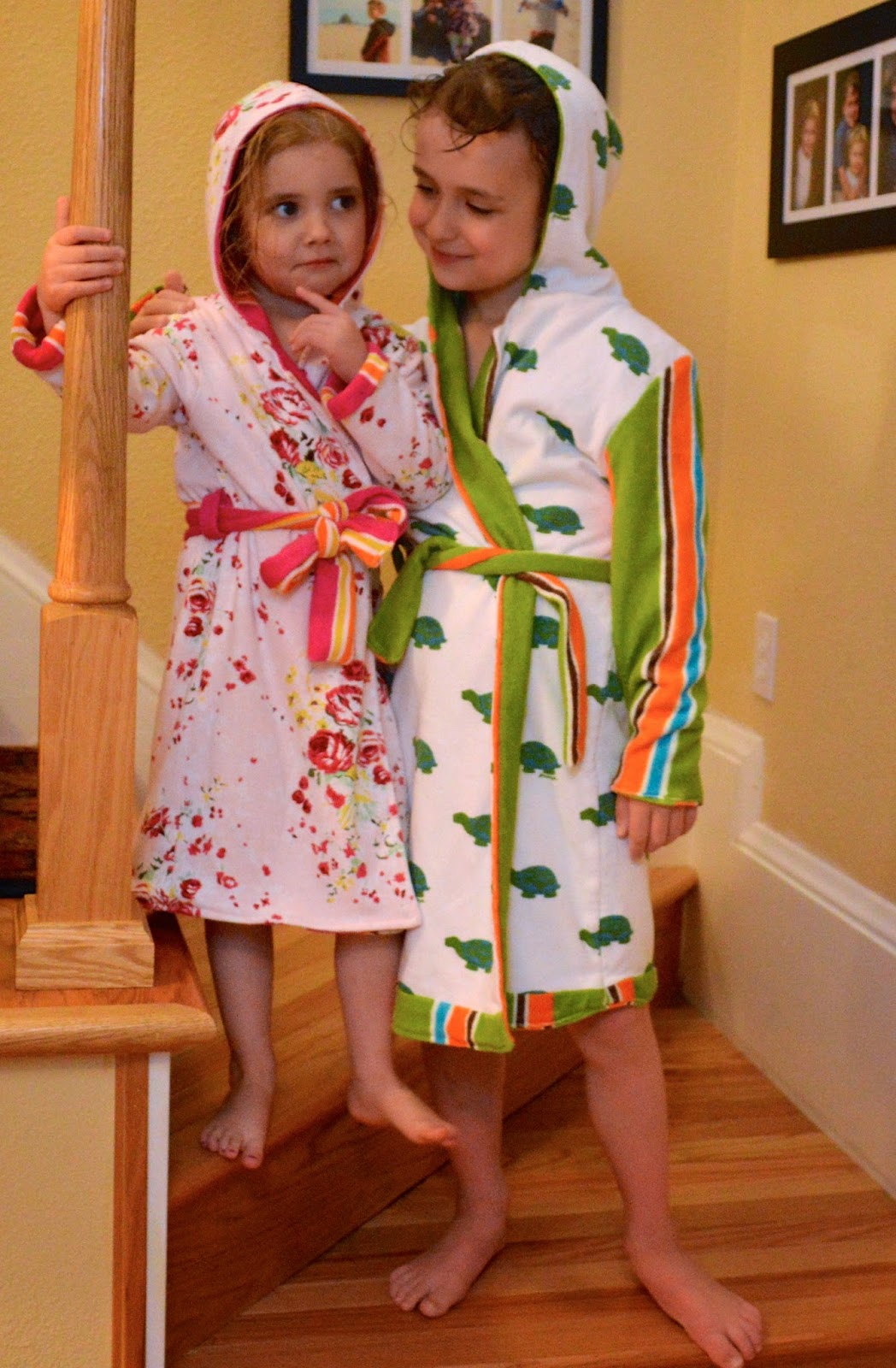 The striped fabric was a micro-terrycloth that I picked up at Joann's at least a year ago, when they were having a 50%off sale on all of their red-tag fabrics.  I'm pretty sure that made it $2 a yard, so I got 2 yards of each color, with the idea of making bathrobes for the kids.  Then I just never got around to it.  But in Japan, baths are a pretty big deal.  And our apartment has an awesome Japanese-style bath, where you shower before getting into the tub, and we have been using it all the time.  The kids love it, and are both totally used to getting cleaned up in the shower before they just get to play and relax in the tub.  And their robes are getting tons of use!

Even with two yards of each color, the terry cloth alone wasn't enough to make the robes for both kids.  In my stash, I had some knits that I had gotten during a sale from Girl Charlee that coordinated with the stripes--just one yard of each, which was enough to make the exterior of Little Sister's robe, but not quite enough for The Boy's, since he is ginormous.  Luckily I had enough stripe to do a contrast sleeve and a little extension for the hem!  His belt got a little shorted though--it's just enough to keep it tied, but no double knot! 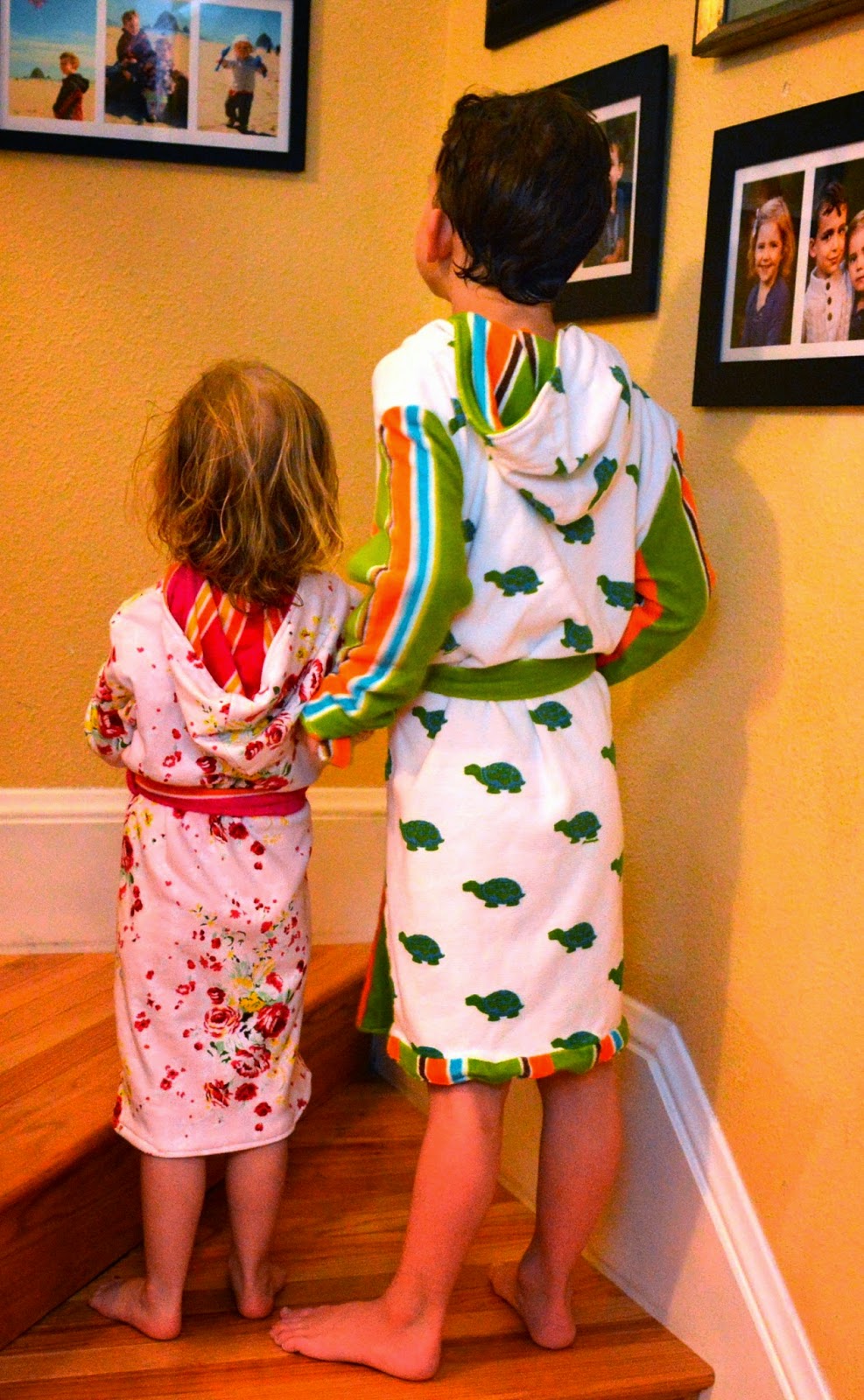 I love these robes.  Other than the placement of the loop for hanging and the belt loops, they are totally reversible, but we've kept the terry on the inside for post-bath drying off.  They are cozy, they are cute, and they were simple to make.  I used a tutorial I found here, making a pattern from things in the kids' closets.

I found a few more projects in my photo files that I managed to take pictures of but never posted before we left, so I'll share those soon!
Posted by bethanycavanaugh@gmail.com at 6:45 AM