You guys, it is so fun to be an auntie!  And it is so great to sew newborn things without having a newborn of my own! 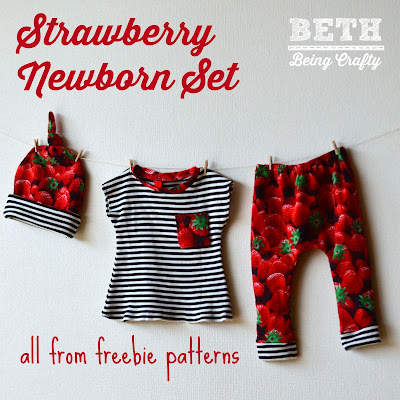 We were so lucky to have my husband's sister and her husband and new baby in town when we returned to Portland from Tokyo--they live in San Francisco, so we weren't sure when we would get to meet the baby.  But they were here!  And we even got to take a trip to the beach with them! 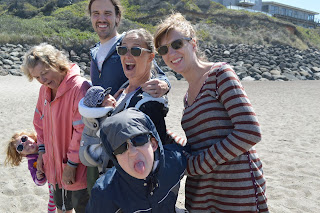 This outfit starts with a sad story though--I actually sewed the outfit pictured above in June, and mailed it to Baby Cousin from Tokyo.  I also searched high and low for an infant sized jinbei, which I finally found and mailed along with the strawberry outfit.  But boo hoo hooo--the package never arrived!

Luckily I had enough fabric to start over again, so I dusted off my Portland machine when we arrived and gave it a try.  The old girl could use a tune-up probably, but she performed admirably!

Here's how the set turned out on the second go-round: 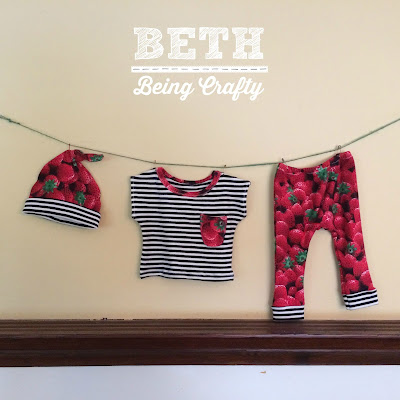 I was just going through the pictures of the original outfit, and I had almost forgotten that I made a second hat that was also lost--unfortunately I'll have to wait for our shipment to arrive from Tokyo to remake that one, since I didn't bring any of that fabric with me. 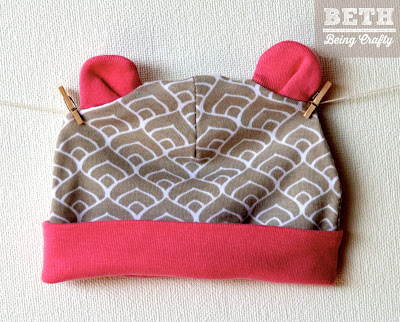 The main difference between the original set and the new one is that the first time around I made the hat reversible. 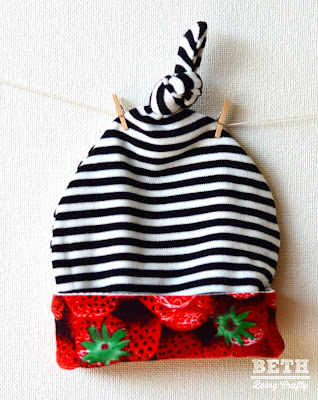 I didn't have enough fabric to do that this time, but it's still cute even with only one option!

The hats are the free baby hat from Zaaberry's pattern and tutorial.  To make mine reversible, I used the pattern for the knot-top hat, but instead of cutting a separate band for the bottom, I added 1/2 the length of the band to the main part of the hat pattern and cut out two from each fabric (so four pieces total).  I then sewed the two striped pieces together and the two strawberry pieces together, like I was making two separate hats.  BUT, I left an opening towards the top of the striped pieces, where the knot would be tied eventually, so I would be able to turn the whole thing right side out.

Once I had the two hats sewn, I turned one inside out, and slid the right-side out hat inside the wrong-side out one, lined up the raw edges at the bottom of the hat, and used a zig-zag (or serger) to sew around the opening.

Then I could pull the whole thing right-side out through the hole in the top of the striped hat.  I hand-sewed the opening closed, tucked one side inside the other and tied the knot, and flipped the brim up! Tada!  You do have to untie the knot to reverse the hat.

The shirt is the Tiny Tunic free pattern from iCandy Handmade.  She also has another version with a contrast peplum.  So cute and easy! 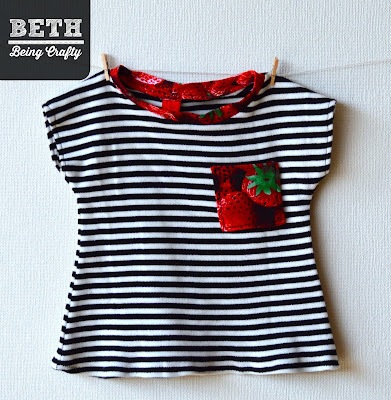 And last but not least, the pants are the Just Hatched leggings from Made by Rae, another free pattern! 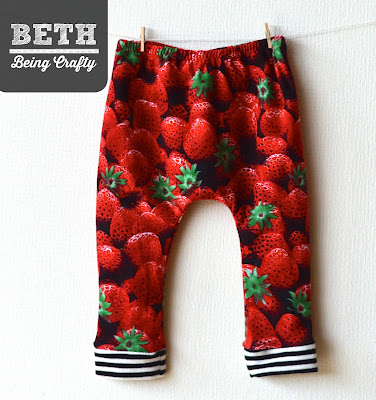 I love how these patterns all go together, and how easy it is to combine different prints.  I fell in love with this strawberry print knit in Tokyo, and I'm wishing I bought more than 3 meters--it was only 200 yen (about $1.70) per meter! 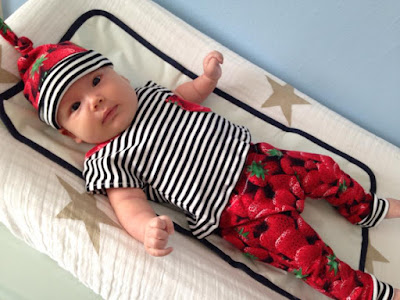 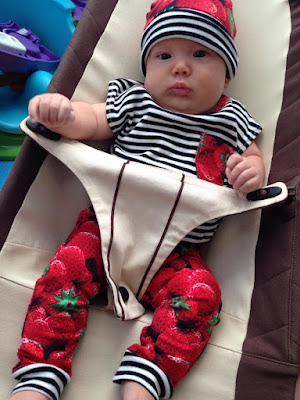 I'm pretty much dying from cuteness.

Posted by bethanycavanaugh@gmail.com at 10:09 AM