I have been having a hard time keeping this blog up this season!  Not only am I busy making gifts (and getting ready for Christmas in general), but most of the people receiving handmade gifts from me are also people who read this blog, so I can't post their presents until I've given them!  Luckily I've started handing some things out, so I'll have some posts for the next few days.

This tic-tac-toe board was a gift for the boy's best buddy, an almost-five-year-old.  It was really quick to make, and my favorite addition to some of the inspirations I saw online was that I put a pocket on the back to hold the pieces to make it easy for travel. 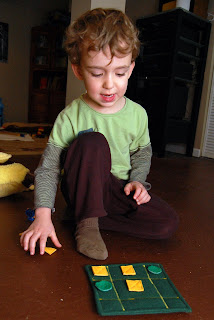 I started by cutting two square pieces of felt and a piece of batting the same size.  I think a good size would be about 9 inches square. (I made mine smaller than that and then had to have uneven tic-tac-toe squares in order to fit my pocket on the back.)  I laid the batting on the bottom and two pieces of felt on top, then sewed the three together, leaving an opening to flip it inside out when I was done. 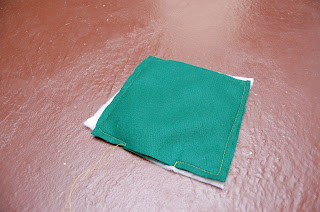 As you can see in the picture, I stitched two little lines perpendicular to the seam from the opening to the edge of the fabric. Since I don't iron the felt (it's acrylic), this helps fold the edges of the opening to the inside when you flip it right-side-out. 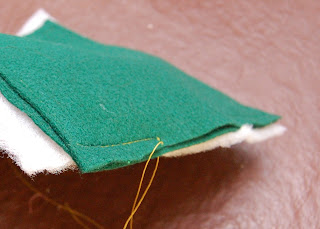 Then I trimmed the edges and corners... 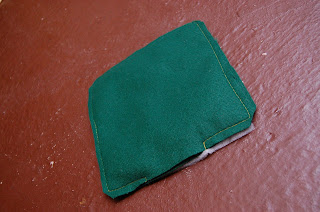 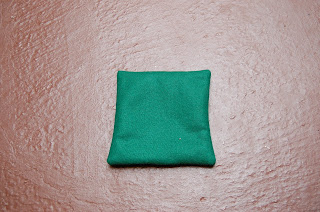 See how that little extra bit of sewing keeps the opening in?

Then I sewed a straight seam all the way around the outside of the square.  I used a contrast thread that matched what I was going to use for the lines on the tic-tac-toe board, but it's up to you. 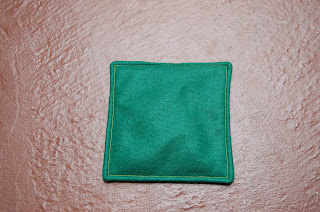 Then I cut out a piece of felt for the pocket on the back side.  You can see here how I should have had a bigger board, but oh well. 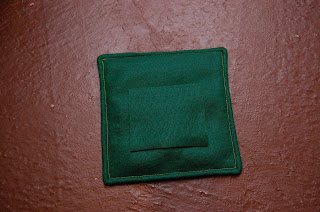 I sewed the line across the top of the pocket last, but first I cut an opening in the pocket so I could just catch the top edges in the sewn line and leave an opening for the pieces.


Then I made the pieces.  I chose a slightly lighter color of green than the board with yellow thread for my "O"s--the recipient is a big Ducks fan.  I layered a piece of batting between two pieces of felt and sewed the pieces all in one piece. 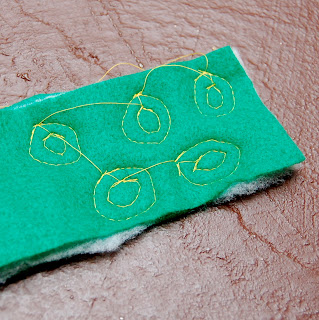 Then I trimmed around the outside and trimmed the loose threads. 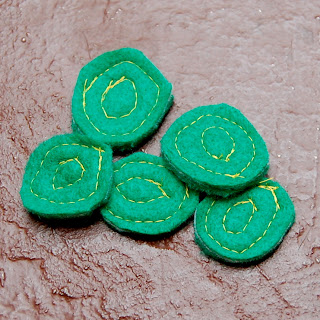 Next up was the "X"es, in yellow felt with green thread. 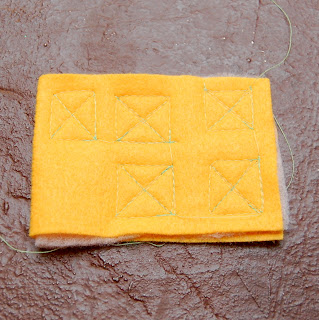 Same thing here--batting inbetween two layers of felt, sewed my X'es all at once, then cut and trimmed.  Would have used a higher-contrast thread if I had it, but oh well.


And that was it!  Kind of a tight fit into the pocket, but it will work. Probably easier to just fit eight pieces in :) 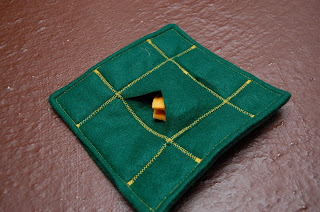 And we had to give it a test run before wrapping it up.  Of course, he beat me.

Posted by bethanycavanaugh@gmail.com at 10:03 PM